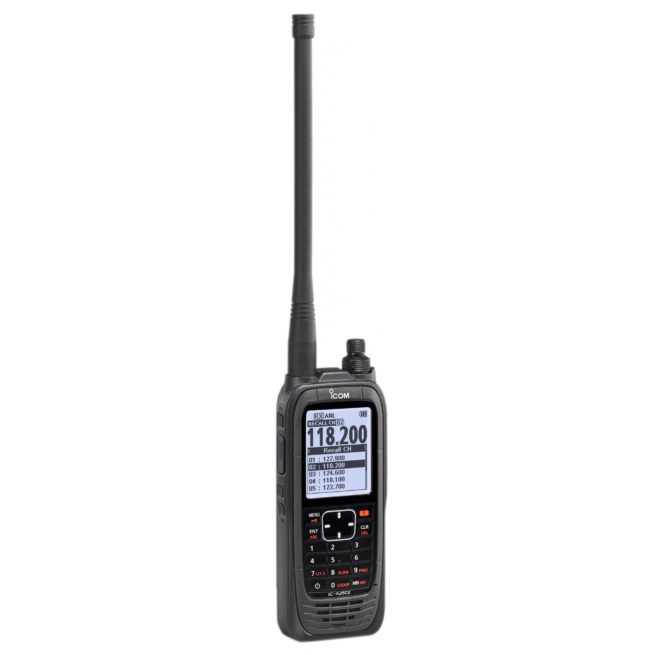 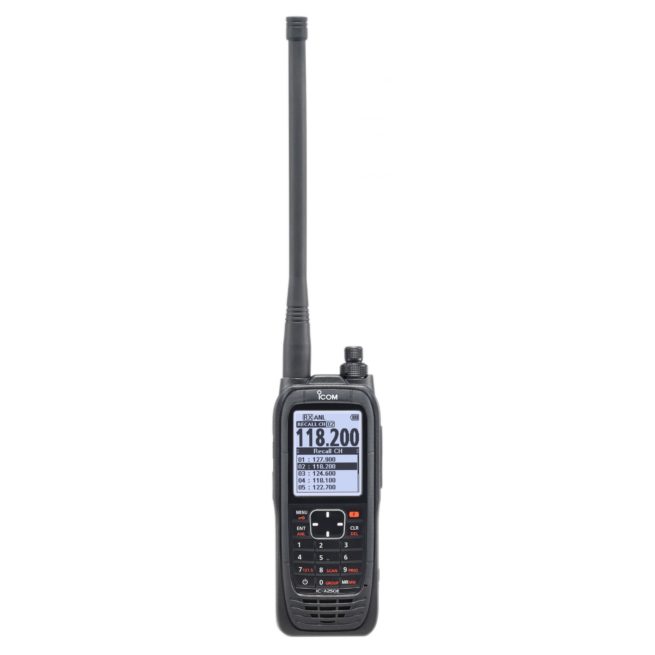 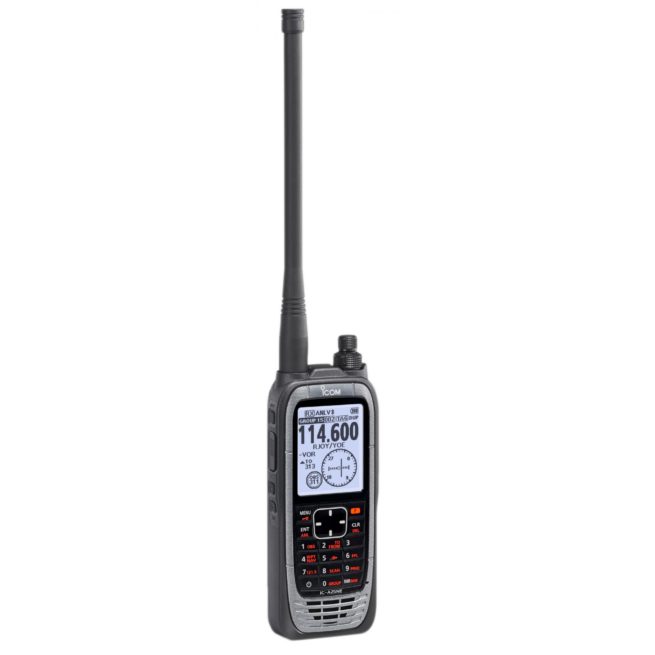 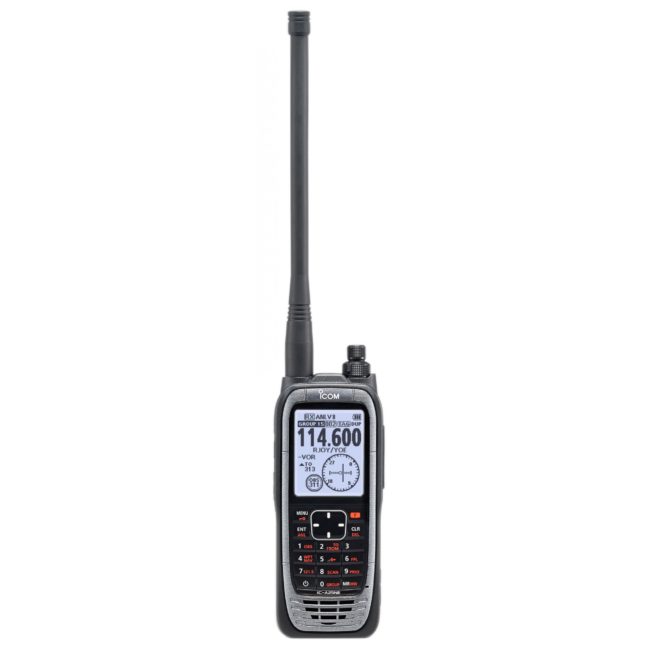 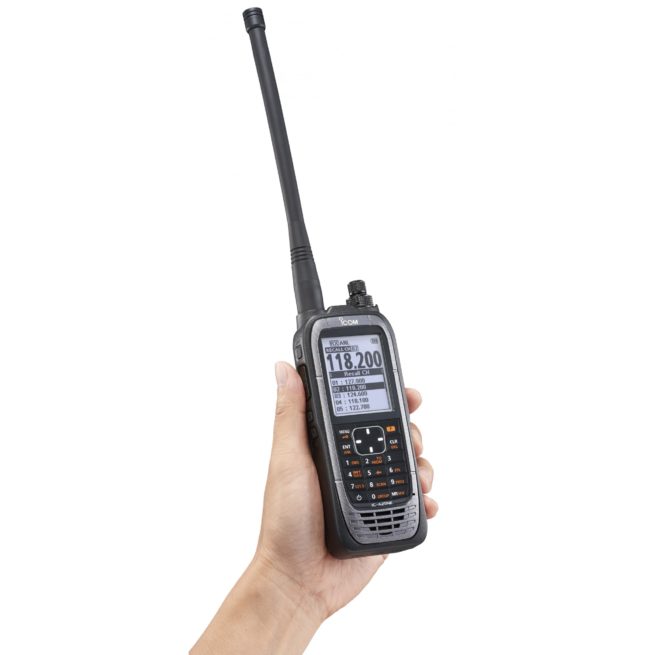 * Photo is of the IC-A25NE.
Often used functions are assigned to the keypad and you can directly access a desired function. The enlarged flat sheet keypad offers smooth and swift operation.

Recall channel screen
The IC-A25NE/CE stores the last 10 channels used. You can easily recall those channels by using the directional keys, the channel knoband the 10 keypad. This is convenient for switching between several channels, such as NAV and COM channels. In addition, you can freely edit (replace, delete, change order) the stored recall channels.

The supplied BP-288, 2350 mAh typical intelligent battery pack, provides up to 10.5 hours* of operating time. You can check the condition of the battery pack in the battery status screen. It is very useful for optimum charging and battery health maintenance. * Typical operation with Tx: Rx (Max.audio): standby=5:5:90. (Bluetooth OFF, GPS ON)

VOR screen The CDI (Course Deviation Indicator) is detailed like a real VOR instrument, and displays any deviation from your course.
The OBS (Omni Bearing Selector) enables you to change course from the original flight plan.
The TO-FROM indicator shows the position relationship between your aircraft and the course selected by the OBS.
The ABSS (Automatic Bearing Set System) function enables you to set the current course as a new course in two simple steps.

Near Station Search Function (for IC-A25NE)

Waypoint NAV screen The simplified waypoint NAV guides you to a destination by using current position information from GPS (also GLONASS and SBAS). The waypoint NAV has two functions: Direct-To NAV and Flight Plan NAV. Up to 10 flight plans and 300 waypoints can be memorized in the IC-A25NE.

Using the RS-AERO1A (Android) or RS-AERO1I (iOS) application, you can make flight plans on an Android/iOS device and import the plan into the IC-A25NE via Bluetooth. The following four functions are available: Create a flight plan, set Direct-To NAV, display flight plan information and display waypoint information.

* Additional certification may be required for some countries. Enquire with your local authority for details.

Measurements made in accordance with EN300 676-2.
All stated specifications are subject to change without notice or obligation.

Icom makes rugged products that have been tested to and passed the following MIL-STD requirements and strict environmental standards.

Some functions and options will be available in the future.

The pilot's favorite handhend is here!

Easy to Use, Rugged and Compact with 700mW Loud Audio!

Authorized distributor for Serbia and Montenegro